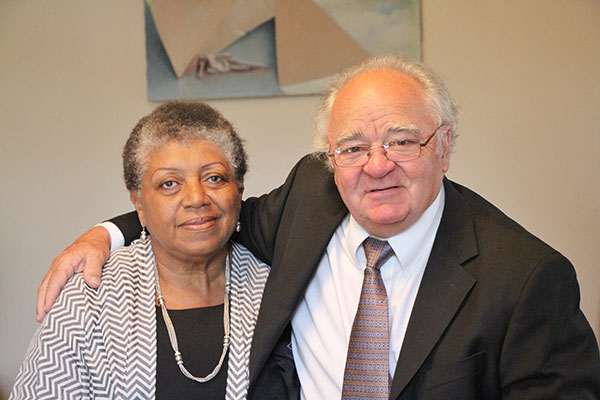 Dr. Terrence P. Zealand (1944-2022) served as the Executive Director of the AIDS Resource Foundation for Children (ARFC) since its founding in 1985 until June of 2012. Prior to founding ARFC, Dr. Zealand worked for the NJ Department of Health in the Division of Narcotics and Drug Abuse and served as Director of the Collier School. He received his doctorate in education in 1982 from Rutgers University. In 1987, he testified at President Reagan’s Commission on the HIV Epidemic. He currently sits on the Governor’s Advisory Council on AIDS and chaired the Child Welfare League of America’s National Subcommittee on Orphans to AIDS. He is the recipient of numerous awards including the Lewis Hine Award from the National Child Labor Committee and was named Humanitarian of the Year by the NJ Association of Schools and Agencies for the Handicapped. He is a Points of Light honoree and was awarded an honorary Doctor of Laws degree from Bloomfield College in May 2002.

Mrs. Faye A. Zealand co-founded ARFC with her husband in 1985. Prior to that, Mrs. Zealand served as Director of Head Start in Scranton, Pennsylvania, chaired the Howell Cultural Arts Committee, and worked as a teacher for the Salvation Army in Jersey City. She has also served on the board of directors for Catholic Charities for the Trenton Diocese. In 1987, she testified at President Reagan’s Commission on the HIV Epidemic. She received her Certificate in Social Work in 1996 from the State of New Jersey. She is the recipient of the Unsung Heroine Award from former Senator Bill Bradley and was named Woman of the Year by Zeta Phi Beta, the Monmouth County Girl Scouts, and the Zonta Club. She is a Points of Light honoree was awarded an honorary Doctor of Laws degree from Bloomfield College in May 2002. In 2016, she was awarded the Russ Berrie Making a Difference Award for her outstanding contributions in the field of HIV/AIDS care.